‘Deadly December’ estimated with nearly 30,000 deaths each day as winter returns to the Northern Hemisphere

In the first global projections of the COVID-19 pandemic by nation, the Institute for Health Metrics and Evaluation (IHME) at the University of Washington’s School of Medicine is predicting nearly 770,000 lives worldwide could be saved between now and January 1 through proven measures such as mask-wearing and social distancing.

Cumulative deaths expected by January 1 total 2.8 million, about 1.9 million more from now until the end of the year. Daily deaths in December could reach as high as 30,000.

“These first-ever worldwide projections by country offer a daunting forecast as well as a roadmap toward relief from COVID-19 that government leaders as well as individuals can follow,” said IHME Director Dr. Christopher Murray. “We are facing the prospect of a deadly December, especially in Europe, Central Asia, and the United States. But the science is clear and the evidence irrefutable: mask-wearing, social distancing, and limits to social gatherings are vital to helping prevent transmission of the virus.”

The references to 750,000 lives saved and 30,000 daily deaths in December represent the differences between the “best case” and “most likely” scenarios.

Each of these scenarios represents a significant increase over the current total deaths, estimated at nearly 910,000 worldwide. The increase is due in part to a likely seasonal rise in COVID-19 cases in the Northern Hemisphere. To date, COVID-19 has followed seasonal patterns similar to pneumonia, and if that correlation continues to hold, northern countries can anticipate more cases in the late fall and winter months.

“People in the Northern Hemisphere must be especially vigilant as winter approaches, since the coronavirus, like pneumonia, will be more prevalent in cold climates,” Murray said.

Murray highlighted the unprecedented opportunity to save lives with rapid action.

“Looking at the staggering COVID-19 estimates, it’s easy to get lost in the enormity of the numbers,” Murray said. “The number of deaths exceeds the capacity of the world’s 50 largest stadiums, a sobering image of the people who have lost their lives and livelihoods.”

Under the most likely of IHME’s scenarios, the nations with the highest per capita total deaths would be the US Virgin Islands, the Netherlands, and Spain. By WHO region, this scenario projects 959,685 total deaths by January 1 in the Region of the Americas, 667,811 in the European Region, 79,583 in the African Region, 168,711 in the Eastern Mediterranean Region, 738,427 in the South-East Asia Region, and 191,598 in the Western Pacific Region.

“We all must learn from those leaders of nations where the virus has been contained, or where second waves of infections have occurred, and where swift action has been taken to prevent loss of life,” Murray said.

He also cautioned against pursuing the so-called “herd immunity” strategy, which occurs when a large proportion of a community becomes immune to the virus through infection and recovery. The “worse-case” scenario in these projections reflects a situation where leaders allow transmission to run through their population, resulting in significant loss of life.

“This first global forecast represents an opportunity to underscore the problem with herd immunity, which, essentially, ignores science and ethics, and allows millions of avoidable deaths,” Murray said. “It is, quite simply, reprehensible.”

Here are the top 10 nations with highest per capita death forecasts with worse-case scenario, most likely scenario, and best scenario:

Top 10 nations with the highest cumulative deaths on January 1:

IHME’s projections for India are based on an epidemiological model that includes data on cases, deaths, and antibody prevalence, as well as state-specific COVID-19 testing rates, mobility, social distancing mandates, mask use, population density and age structure, and pneumonia seasonality, which shows a strong correlation with the trajectory of COVID-19.

Kentucky Entrepreneur Releasing Highly Anticipated "Out Of The Gate: What Inspires Us Drives Us Forward Book"

This AI driven tool will support oncologist in clinical decision making and to offer precision medicine to cancer patients.

ClinOme is a Graphical User Interface (GUI) based automated tool developed by senior scientists & clinicians from ACTREC & Tata Memorial Hospital by Dr. Amit Dutt, Dr. Pratik Chandrani and Dr. Kumar Prabhash for analysis of raw NGS data followed by comprehensive clinical report generation. It automates quality check, primary, secondary and tertiary analysis of raw NGS data followed by report generation that can be easily comprehended by the clinicians. It provides easy to interpret categorization of genomic alterations along with approved and experimental therapeutic options for each responsive and resistant genotype-drug combination.

Dr. Amit Dutt, Principal Investigator, Scientist, ACTREC -Tata Memorial Hospital, says, “Patient-to-patient variation in treatment response as observed routinely in clinics, suggests that personal targeting of cancer, based on tumour molecular proﬁles, is necessary. The ClinOme tool and our collaborative work with 4baseCare is likely to beneﬁt large numbers of oncologists in a democratic manner who could take advantage of artificial intelligence-based automation of NGS data analysis to decide an appropriate therapeutic regimen tailored to the patient’s genomic alterations. This is a huge step forward to scale the digital curation towards precision medicine.”

4baseCare having an exclusive worldwide license to ClinOme, plans to invest significant time and resources to further develop and enhance the functionality and precision of ClinOme.

“We are very happy to associate with ACTREC_TMC to introduce ClinOme. The objective of this collaboration is to improve the treatment process and enhancing patients’ quality of life. This partnership is a first step towards developing an advanced ecosystem where researchers & clinicians practice together leading to the development of a solution which has immediate translational benefits for the patients,” says Kshitij Rishi, COO 4baseCare.

“We at 4baseCare are excited to build upon the remarkable research-based product developed by ACTREC-TMC as a robust AI driven platform to support the oncologist(s) in their clinical decision making,” says Hitesh Goswami CEO, 4baseCare.

This collaboration will set a great precedence for Industry-academia collaboration towards translational research. It will also be a huge step towards personalisation of treatment for Indian cancer patients and aligns with the vision of both ACTREC-TMC and 4baseCare of improving quality of life and treatment of cancer patients of the country.

“Genomic testing has become important in the management of cancer. NGS is emerging as a comprehensive solution for genomic testing. It a complex process where the bioinformatics pipeline is a very important component. ClinOme provides a very useful indigenous solution in this area,” says Dr. Kumar Prabhash, Professor and Medical Oncologist, Tata Memorial Hospital.

4baseCare is the 1st company from Asia Pacific to be backed by Global genomics leader Illumina through their Illumina Accelerator Program. It develops affordable and accessible precision oncology solutions using Genomics and Digital Health technology to personalise patient care in Oncology.

4baseCare has developed custom gene panels that allow oncologists to characterise and understand the molecular signature of individuals’ cancer patient’s tumour tissue. Based on 4baseCare’s reports, the oncologists can then tailor and personalise treatment for their patients.  4baseCare has undertaken one of the largest cohort study of cancer patients to develop first of its kind Indian population specific gene panel in collaboration with clinical partners from AIIMS, ACTREC-TMC, St John’s Research Institute (SJRI) and Fortis (Bangalore).

The origins of the Advanced Centre for Treatment, Research and Education in Cancer (ACTREC) are rooted in the Indian Cancer Research Centre (ICRC) which was renamed the Cancer Research Institute (CRI) and amalgamated with the Tata Memorial Hospital (TMH), creating the first comprehensive cancer centre in India – the Tata Memorial Centre (TMC), an autonomous grant-in-aid institution of the Department of Atomic Energy (DAE), Government of India.

ACTREC started with a basic research division focus on providing novel therapeutic strategies for the treatment of cancer. The Tata Memorial Centre’s mission is to provide comprehensive cancer care to one and all, through its motto of excellence in services, education and research. 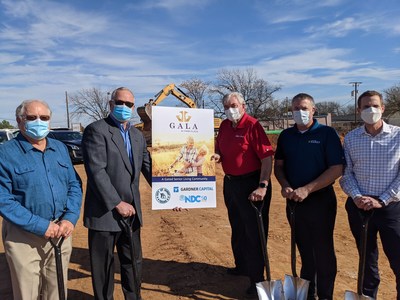 Supporting the growing need for senior housing in the densely populated Dallas-Ft. Worth metro, Gardner Capital has broken ground on Gala at Central Park in Hurst. A family-owned private equity firm specializing in multifamily housing and renewable energy development and investment, Gardner Capital aims to complete construction in early 2022.

Treymore Construction will serve as general contractor for the project, to be located at 309 W. Pipeline Rd. in Hurst. Hurst Public Facility Corporation is the development partner for Gala at Central Park, while NDC Corporate and Redstone are the financial partners for the transaction.

“A couple years ago the City of Hurst realized that we need to address a growing problem in our city, said Henry Wilson,” Mayor of City of Hurst.  “That problem was sufficient workforce and senior housing.  We were so fortunate to develop a community revitalization relationship with Gardner Capital. We now have new communities open or under development to further address the city’s growing affordable housing needs.  Working with Gardner Capital and their investment team at NDC, we have established a true public-private partnership.  Their projects are first class and more than meet the needs for the city and our citizens.  It has been a pleasure working with them, truly a partnership relationship, and much more than a traditional city and developer relationship.”

NDC Acquisition Manager, John Zaluski added “NDC is so excited to be a part of the Gala at Central Park project.  This project fits our mission to provide equity capital for the construction of affordable housing for low-income individuals across the country.”  Since its inception, NDC’s affordable housing group has raised over $1 billion of equity, which has resulted in over 15,000 units of housing created.

The 94-unit senior complex, with a mix of one- and two-bedroom apartments, will include a three-story residential building and a two-story clubhouse with a variety of resident amenities.

“As the need and demand for affordable senior housing continues to grow, we are thrilled to break ground and make a genuine difference in the market.  We are excited to continue to grow our long term commitment to investing in the City of Hurst as well as build upon our long term partnership with the City – a partnership that has and will continue to be a very important one, not only to our Company, but for me personally,” said Michael Gardner, President and CEO of Gardner Capital. Gala at Central Park is one of multiple transactions currently in development for Gardner Capital specific to the DFW Region, consisting of over 1,000 units to be completed in the next few years. 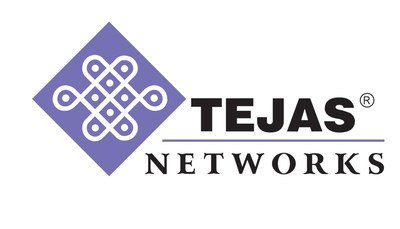 Tejas Networks (BSE: 540595) (NSE: TEJASNET) today announced that it has received a purchase order of $13 million from a leading telecommunications service provider in South East Asia. As per the contract, Tejas will supply and install its award-winning TJ1400 ultra-converged broadband products (TJ1400UCB) to extend high-speed broadband services to underserved rural communities in the region. The project is expected to be executed within the next 12 months.

Mr. Sanjay Nayak, Managing Director and CEO of Tejas Networks said, “We are delighted to be chosen for this prestigious project that will enable a sizable rural population to experience the tangible benefits of high-speed, reliable and affordable wireless internet for the first time. TJ1400UCB is an innovative product that provides the flexibility to rapidly rollout broadband services on optical fiber, wireless or copper media, as per available infrastructure, at highly affordable costs. Tejas was selected because of our cutting-edge products, as well as our vast experience in timely rollouts of large-scale broadband access and optical transmission networks around the globe, including Government of India’s BharatNet and Railway WiFi projects.”

Dr. Kumar N. Sivarajan, Chief Technology Officer (CTO) of Tejas Networks, said, “We are excited that Tejas has been selected as the primary telecom equipment supplier for this challenging project. Ubiquitous and affordable broadband has become a necessity in modern life and is a critical tool to deliver advanced services such as telemedicine, e-education, online banking, e-commerce and e-governance services. TJ1400UCB leverages our unique software-defined hardware™ architecture to seamlessly integrate state-of-the-art broadband access technologies and high-capacity packet transmission services in one shelf with the added benefits of unified management, space reduction and power savings to achieve a cost-effective rollout.”